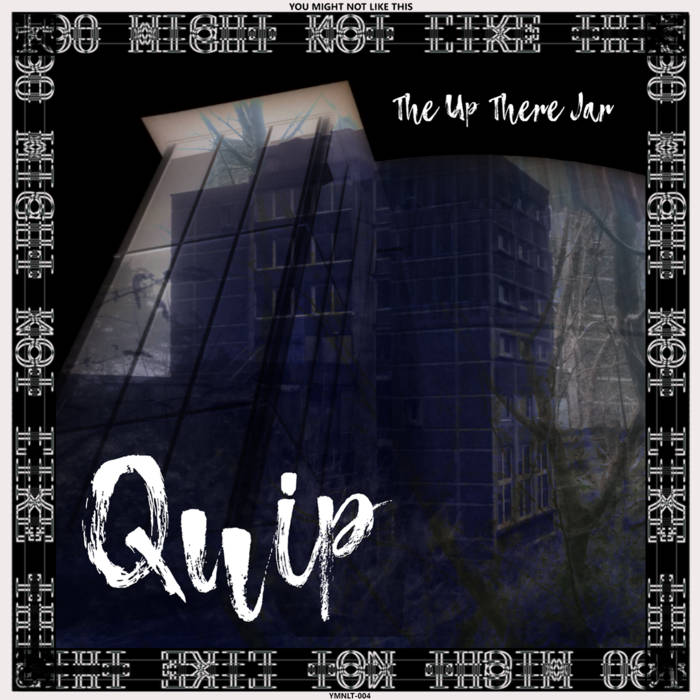 YOU MIGHT NOT LIKE THIS are proud to present Quip’s “The Up There Jar” – a synth-laden journey of jazz-infused beats and spectacular sound design treats. For fans of rolling down hills, sinking into a blue-shifted cloud, and empathising with an unexpected alteration to the very essence of life.

“Most of the “The Up There Jar” was made after I had a serious mountain bike crash in 2015 and suffered permanent damage to my hand. As a guitarist this was a life changing experience and I underwent depression and had a lot of spare time as I was off work for a long period.
During my time in recovery I began contemplating my life and reflecting on my childhood and teenage years in my home town as I stayed with my parents. “MY2” was made on my dad’s laptop with some of the vocals recorded on headphones in their living room as I was recovering from surgery. The song is really about love being the only thing that matters, which sounds a bit corny, but at the time my feelings were just that. We don’t have anything but those people we love around us. It was a really bad time and I never thought I would make music again, let alone make an album. So really the album is about inner struggle and strength and how beauty can come from diversity and challenge. “In The Sands” is really a reverse love song about thinking about loss before a love affair has even started and actually talking yourself into not starting it. “Soul” the final song is really a mantra to myself about what’s important. “Morphine” speaks for itself. “1980” is a tribute to my brother really, although he was born in 1981 but I remember awaiting his arrival and being really excited. “JX10” is probably the most abstract song and I recorded it in my studio I had built before the crash. It is a really dark track but quite pretty too and with lots of elements that came from my voice and my beautiful Roland JX10 of course, there is also some Kurzweil K2000 if you're a synth fan. Hope you enjoy the album.
Much love x
Ben Eyes, 2018"

NO GENRE LEFT BEHIND

Bandcamp Daily  your guide to the world of Bandcamp

New sounds from Mavi, Ivy Sole & Moderator, plus AJ, the One joins the show, for her latest release